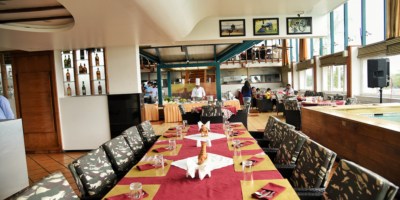 Popularly known as the ‘Cultural capital of Karnataka’, Mysore is a place that beautifully blends splendour of history with the living vibrancy of the traditions and culture which is reflected in the lives of its residents. All this is accompanied by the serenity of nature, making Mysore a dream destination of every travel enthusiasts. Mysore is known with many names such as Garden City, Ivory City, City of Yoga and City of Palace. Living up to every name which has been bestowed on it, Mysore should be on every traveller priority list. Mysore tourism is indeed a holiday idea that caters to everyone.

In spite of imbibing of modern developments like any other city, Mysore still hasn’t lost touch with its history. The royal touch is still apparent in its atmosphere. Equally interesting is the religious significance of the city, which can be seen in the name Mysore, which is said to have come from the “Mahishur” which means the home of Mahishasura.

Mysore Tourism presents a wide array of holidaying choices with something interesting for everyone. Presenting excellent architectures, historical sites, shrines and scenic beauty, it is ideal for everyone varying from couples on their honeymoon, family tour, corporate tour or a last minute travel tour plan with friends. The city of Mysore offer many interesting ways to spend your holiday.

Spread over 128 sq. km, Mysore city is located 147 km to the southwest of Bangalore. It is situated at the base of famous Chamundi Hills. Just a few hours away from the capital city, Mysore is one of the popular tourist destination in not only India but of the world. It is also said to the third most populous city in Karnataka. It is also the southernmost city of the state.

A Mysore Tour introduces tourists to its rich history, traces of which can still be seen in monuments, palaces and various heritage sites. It used to be capital city for many decades during reigns of various rulers. This city was mainly ruled my Wodeyar Kings. It was initially a part of Vijayanagara kingdom. However, later with its downfall, Wodeyar family took over Mysore, which was around 1637. Under the reign of King Narasaraja Wodeyar and Chikka Devaraja Wodeyar, Mysore Kingdom prospered vastly.

During late 18th century, this city came under the rule of Hyder Ali and then his son Tipu Sultan. During this time, many battles were fought here such as with Marathas, British and Nizams. Later in the year of 1799, during the 4th Anglo Mysore war, Tipu Sultan was killed. After that the kingdom was transferred to the British allies. After independence, Mysore city became a part of independent India. The then King of Mysore Jayachamarajendra Wodeyar was nominated as the appointed governor of the state; he also was allowed to keep its titles.

The city of Mysore boasts of innumerable choice of sightseeing. Every tourist place in Mysore promises an enriching experience. It is known for its captivating palaces. Mysore Maharaja Palace, also known as Mysore Palace or Amba Vilas palace, is the most popular among all. Mysore Maharaja Palace, one of the largest palaces in India, it used to be the residence of the then Mysore Wodeyar Maharaja. Designed by a British architect, Henry Irwin, it was rebuilt during 1912 and turned out be an architectural wonder by blending Islamic, Hindu, Gothic and Rajput architecture beautifully. Other palaces that are worth exploring are Jayalakshmi Vilas Mansion, Jaganmohan Palace and Lalitha Mahal Palace. Tipu’s Summer Palace and Srirangpatna Fort are also quite popular and usually visited by everyone when on a Mysore tour.

There are many places to visit in Mysore for nature lovers too. For instance Mysore Zoo, Ranganathittu Bird Sanctuary and Brindavan Gardens are the ideal places to visit. There are many beautiful lakes in the city, offering captivating scenic beauty. Krishnarajasagara dam (KRS Dam), Lingabudi Lake, Kukkarahalli and Karanji Lake present refreshing setting to relax amid the best of nature. Sri Ranganathaswamy Temple, Chamundeshwari temple and Chamundi Hills are popular religious shrines in Mysore that are visited by hordes of devotees every year. Other popular religious sites to visit are Jama Masjid of Srirangapatna, St. Philomena's Church and Bylakuppe Buddhist Golden Temple.

There are tourism places around the city which also makes for an important part of Mysore tour. So while planning tour Mysore tour, or choosing a Mysore tour package for yourself or your loved ones, ensure that there is some extra time for sightseeing around Mysore. Nanjangud, Shravanabelagola, Shivanasamudra Waterfalls, Biligiri Ranganna Hills (BR Hills), Bandipur National Park, Belur Temple and Halebid Temple are a few places worth visiting during Mysore tour.

Shopping in Mysore is also an important part of every Mysore tour. For food lovers, Mysore Pak is the best option to pamper their palate as well as to take these sweets for the return journey and for friends and relatives back home. Sandalwood items are other popular souvenirs that tourists buy from Mysore. No matter which holiday package you are opting for, shopping for Mysore sandalwood is a must. Sandalwood powder, sandalwood perfume, incense sticks, sandalwood oil and sandalwood artefacts are quite popular here. Ganjifa painting of Mysore are nothing less than a dream gift for art lovers. Mysore silk saris and the Mysore Peta are also worth buying and are bought by almost every tourist in Mysore.

{/tabs}
Excited About Mysore? Request A Call Back!

Places to Visit by Days

1 Day in Mysore (Places to Visit)

2 Days in Mysore (Places to Visit)

3 Days in Mysore (Places to Visit)

34 Best Places to Visit in Mysore